We believe the more we are able to do, the more we become a model for what is possible—a way to end the life-robbing status quo. A way to end cancer. 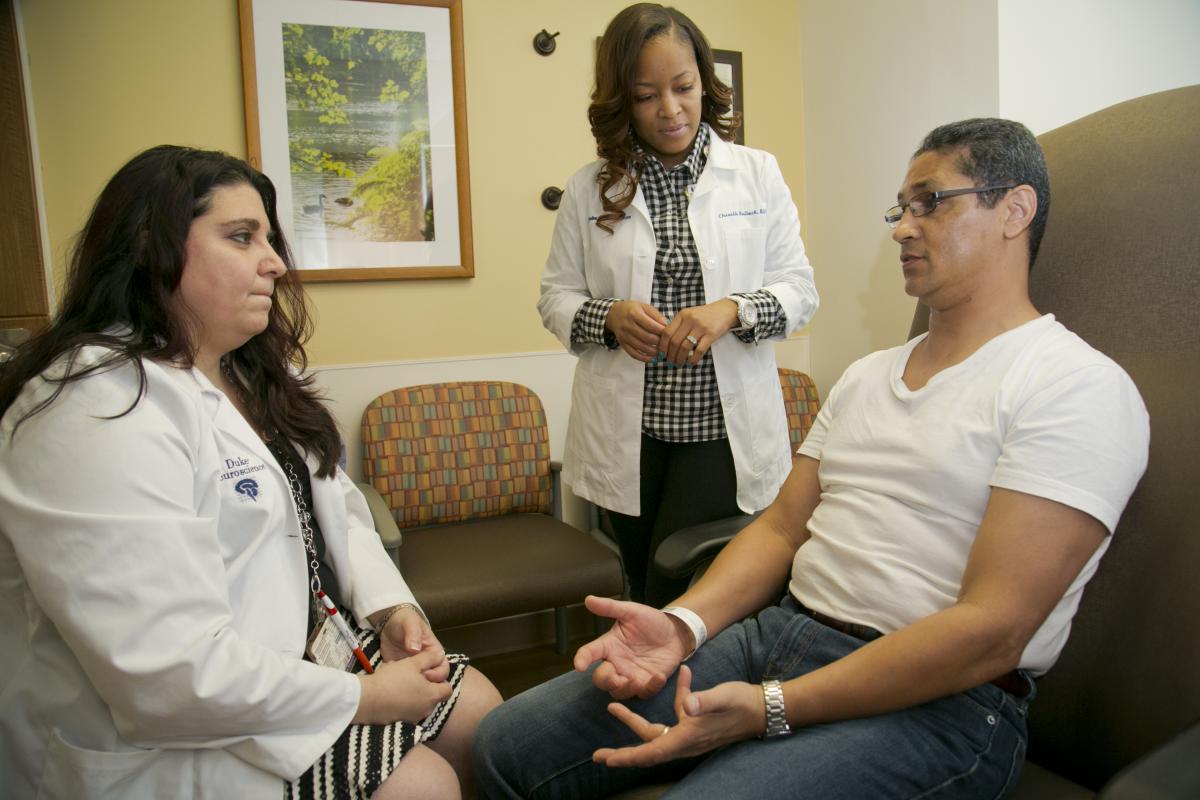 ---The Neuro-Oncology Program at Duke takes pride in its outstanding reputation. Here are just a few prominent points of pride that demonstrate why Duke’s Preston Robert Tisch Brain Tumor Center is one of the most elite brain tumor centers in the world. 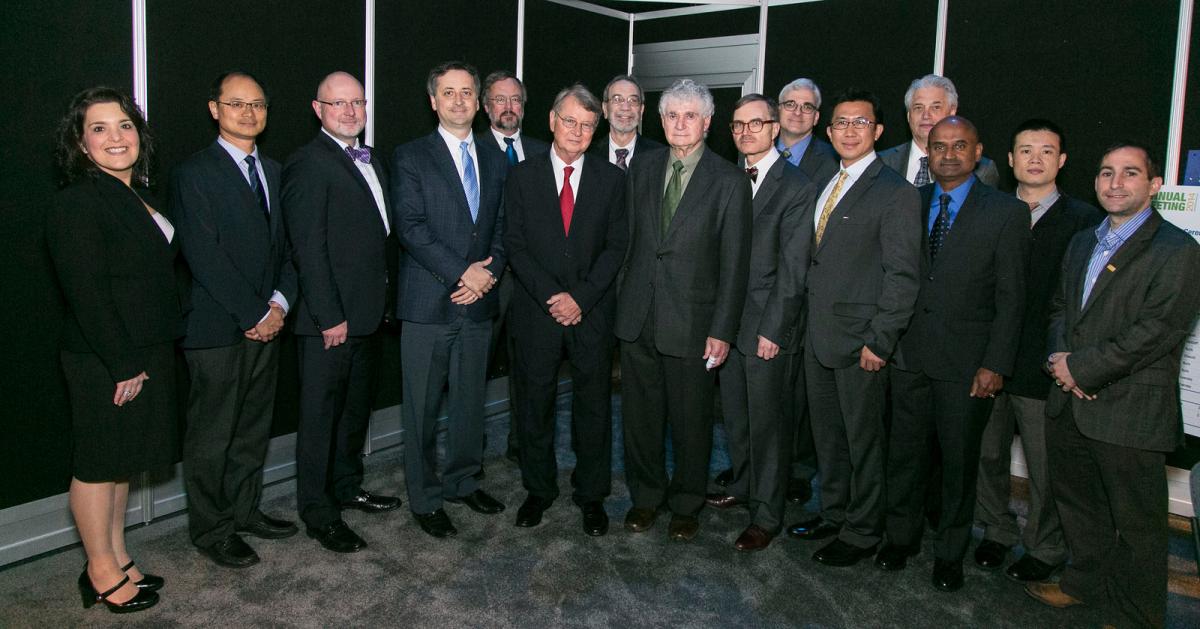 ---In 2014, the Neuro-Oncology Program at Duke received the American Association for Cancer Research (AACR) Team Science Award for their findings, having informed both the basic science and clinical communities in managing diagnosis, prognosis, and treatment of brain tumors. This multi-institutional team, led by Bigner, includes 26 faculty members from Duke, Johns Hopkins, and the NCI. The team was selected because of the immense impact their research has had on our understanding of the biology of glioblastoma multiforme (GBM), the most common and lethal type of brain cancer.

---In 2015, NCI awarded Bigner with an Outstanding Investigator Award grant (R35) for his work with oncolytic poliovirus, immunotoxin, and checkpoint inhibitor therapy for gliomas. This combinatorial therapy should create paradigm shifts in GBM treatment resulting in significant increases of high quality of life and ultimate survival. 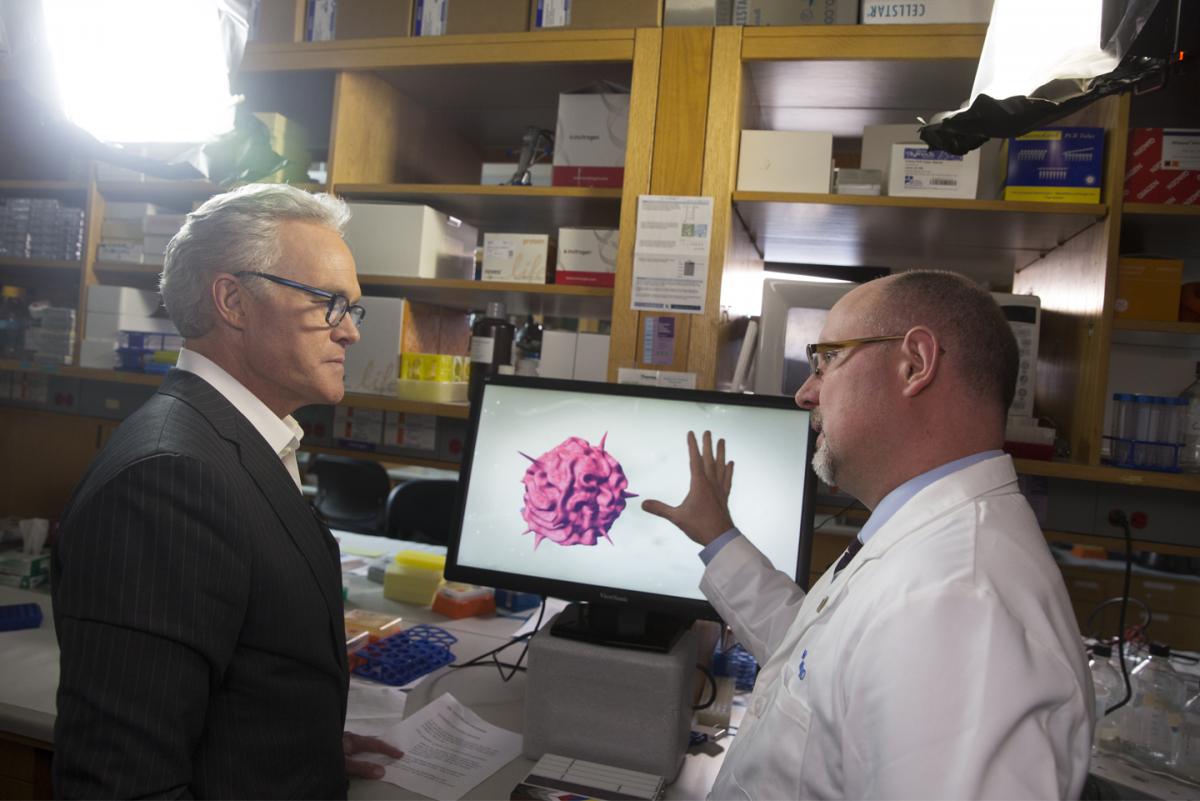 ---Duke’s Neuro-Oncology Program receives nationwide attention, and has been a focus of many media sources. For instance, in March, 2015 and May of 2016, 60 Minutes launched a two-segment piece, entitled “Killing Cancer,” which followed brain cancer patients at Duke undergoing a clinical trial of a therapy that uses a re-engineered poliovirus to kill cancer cells.

---The Brain Tumor Center has a large infrastructure in which to conduct clinical research. We have ten clinical research coordinators who manage enrollment and accrual of patients for clinical trials, and seven data management personnel. In addition, we have five staff members dedicated to regulatory activities, and a protocol writer. Clinical investigators see patients in Duke Cancer Center, which opened in 2012. The Brain Tumor Clinic has all the necessary exam rooms, and has access to radiation oncology and support programs housed within the Cancer Building.

---In 2018, researchers at The Preston Robert Tisch Brain Tumor Center show increased survival in patients with deadly brain tumors in a study published in the New England Journal of Medicine.  A phase 1 trial of a therapy shows significantly improved long-term survival for patients with recurrent glioblastoma. The poliovirus therapy showed a three-year survival benefit of 21 percent.  In comparison, just 4 percent of patients at Duke with the same type of brain tumors were alive at three years when undergoing the standard treatment.  Results were presented June 26, 2018 at the International Conference on Brain Tumor Research and Therapy in Norway.