McKinnon Bowen Runs to Help Himself and to Give Back

McKinnon Bowen Runs to Help Himself and to Give Back

Last summer, McKinnon Bowen had a seizure while sleeping. The seizure woke his wife, who called 911. 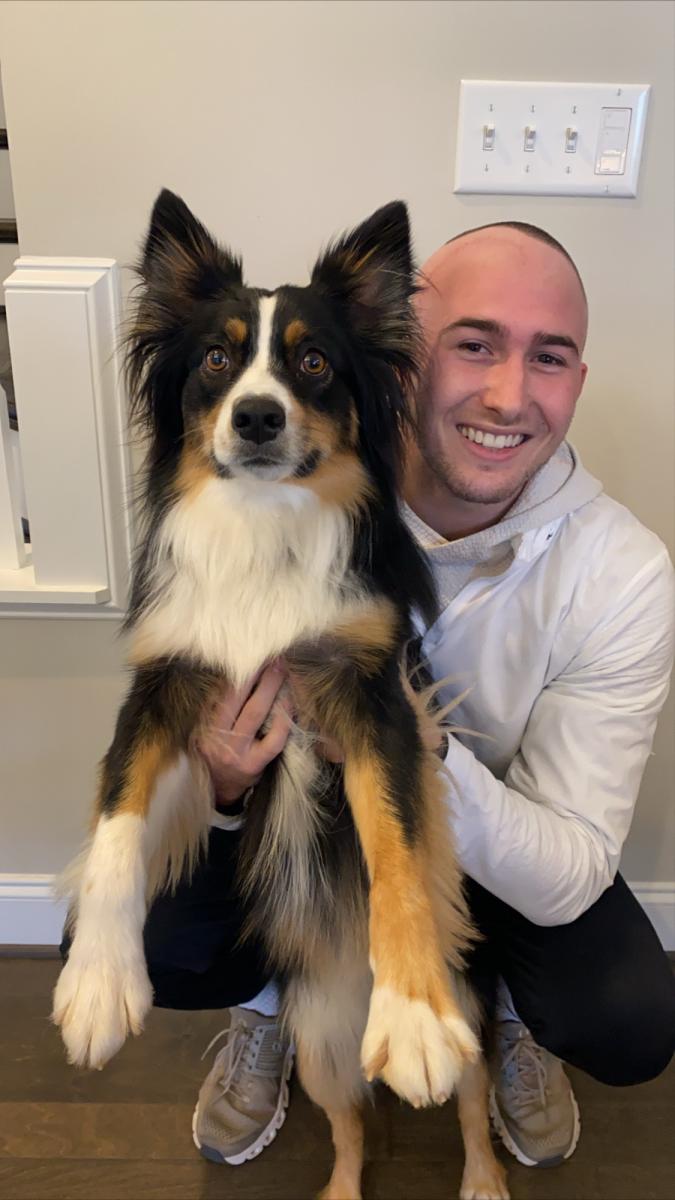 At the time, Bowen was only 23, newly married, and a physically active former N.C. State University wrestler. “I was as healthy as could be,” he said.

Just a few weeks later, Bowen and his family learned that the seizure had been caused by a glioma, a type of fast-growing brain cancer.

Bowen, who is from Garner, and his family chose the Preston Robert Tisch Brain Tumor Center for his care. After neurosurgeon Allan Friedman, MD, removed as much of the tumor as possible, Bowen began a six-week course of radiation and chemotherapy. His doctors and other healthcare providers advised him to stay active to combat fatigue.

About halfway through the six weeks of radiation and chemo, he decided to try running. Even though he hadn’t been a runner before, he found he liked it. “I realized this is something I can do where I can be alone with myself and it’s relaxing,” he said.

Some days were better than others. Some days just getting to and from medical appointments was physically taxing. But he kept at it because the running helped him.

After the initial six weeks of treatment, he began a new, higher dose chemo regimen, which will last until October. “A lot of the time, when you think about chemo, you think ‘sick’ and ‘inactive,’ and you think, ‘I can’t do this and that,’” he said. “I’ve realized what my body can handle and what it can’t handle and I realized staying active helps my happiness, my body, my fatigue level, and even my mind.”

As a person with a competitive spirit, Bowen was soon looking for a physical challenge to work toward, a goal he could be proud of accomplishing.

At the same time, he was trying to come up with a plan to raise awareness and funds for brain tumor research—and say “thank you” to his doctors at Duke. He is grateful to all his doctors and care providers, especially Grace Kim, MD, PhD, his radiation oncologist. “Dr. Kim was so wonderful that even on the days when I could barely get out of bed I would be happy to go and see her because she was such a happy person,” he said.

He came up with an idea that would allow him to challenge himself and raise money at the same time. He decided to run a half-marathon—in the midst of chemo treatments—to raise money for the Brain Tumor Center.

He also hopes to serve as an example to inspire other cancer patients to be active. “You can still do just about anything you want to do if you put your mind to it,” he said.

Bowen will run the Lake Norman Half Marathon on May 2. Many friends and family members will also run the half marathon (or the 5K held the same day), including his parents, sister, brother, and sister-in-law.

As of mid-April, Bowen and his team had raised just shy of $35,000, and the total was still growing. His original goal was $15,000, but he reached that within hours. “I just keep raising the goal in $5,000 increments,” he said. “Every single dime is going straight to the Brain Tumor Center.” His fundraising website is https://www.wizathon.com/campaigns/1575.

In October, Bowen will also be fielding a team called “MBStrong” for Angels Among Us.

“We are so thankful to McKinnon and his friends and family for their incredible generosity,” said David Ashley, MBBS, FRACP, PhD, director of the Tisch Brain Tumor Center. “The private support we receive from people like McKinnon is critical to our success and makes all the difference in the work being done at Duke.”

Bowen sees supporting research as a way to make a difference in the lives of others. “Brain tumor research has come so far in the last 20 years or so, and I’m so grateful to have the quality of life [my doctors] have given me,” he said. “I want to give back. I want to help those that come after me, so they can have it better than I have it.”