Finding Hope Outside The Box 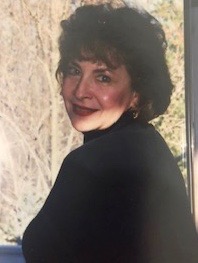 My mother sits in a cold, dimly lit room. She watches the people sitting beside her rise and follow the nurse through white, swinging double doors. She looks at her mother, who is quieter than usual. Eventually, they are the only ones left waiting. Finally, my grandmother’s name is called. “Iris Levine, please follow me,” says the nurse. My mother and grandmother follow her down a white hallway and into a sterile cube. The doctor from six weeks ago is waiting inside, expressionless. He pulls up a picture of my grandmother’s brain. It looks much different from the first.

“Ma’am, you have an inoperable brain tumor. Standard treatment is chemotherapy and radiation. In 9 months, you’ll know if the treatment worked. I’m sorry, there’s nothing else we can do. You would be better off with breast cancer.” No smile, no support. No hope.

The worst thing a doctor can do to a cancer patient is take away their hope.

What is hope? Hope is a doctor saying there’s a chance that you are going to be okay, and that they are going to do everything in their power to save you. Throughout my grandma’s entire bout with brain cancer, she was extremely angry with the doctor that gave her an expiration date. “I should write him a letter,” she would say. Her anger did not stem from possible truth of his prognosis, but because of how devoid of feeling he was when giving it. She never forgot his unwillingness to give her a slim chance.

Before my mother and grandmother left that hopeless room, my mother asked the doctor, “Do you know of Henry Friedman?” He responded, “Yes, you should go down to Duke. Everyone needs a Henry Friedman.” He said the doctors at Duke do things that are “outside of the box.”

Thankfully, my grandma’s hope for survival was restored when she began treatment at Duke University’s Preston Robert Tisch Brain Tumor. All over the center, there are signs that say, “at Duke, there is HOPE”. My grandma lived for twenty months after her initial diagnosis; almost one year longer than the doctor at Columbia gave her.

Today, there is more hope than ever at the Tisch Brain Tumor Center. The New England Journal of Medicine recently published a study on Duke’s PVSRIPO, an immune-based treatment in which the poliovirus is inserted directly into brain tumors. From May 2012 to May 2017, Duke conducted a Phase 1 trial treating patients with recurrent glioblastomas, the deadliest form of brain cancer. Twenty-one percent of those who received the treatment were alive three years later, whereas only 4 percent of patients, who received chemotherapy and radiation in past years, survived that long. The results were so promising that the treatment was designated as a breakthrough therapy by the Federal Drug Administration.

“None of this was planned,” says Dr. Matthias Gromeier, who originally created PVSRIPO in 1994 for “nerdy, lab-type reasons”. A polio virologist by training, Dr. Gromeier wasn’t even working on brain tumors when he created the treatment. It was only after many years of observations when he discovered what he had in PVSRIPO.

“When someone has cancer, their immune system is tricked by cancer into thinking that there is nothing wrong,” says Dr. Gromeier, “This is what makes cancer very difficult to fight. The virus [PVSRIPO] is successful because it makes the tumor visible to the immune system. A shroud is pulled back, and the tumor is recognized as a problem. Inflammation occurs when PVSRIPO is present in the tumor, which tells the immune system to start fighting the tumor. However, inflammation in certain parts of the brain is dangerous, restricting the treatment from being used in all locations of the brain. Doctors at Duke are already working on several strategies to loosen the treatments restrictions, as well as strengthening the immune response that PVSRIPO can jump-start.

When I asked Dr. Allan Friedman, world-renowned neurosurgeon, where he believes the center will be in ten years, he responded, “What is my hope? My hope is that we’re closed because we found the cure,” And he wasn’t kidding. The doctors at Duke believe that in time, they will defeat brain cancer. They have hope. Dr. Bigner says, “I’ve been doing this for about 50 years and I’ve gotten very discouraged many times. But I truly believe now that within my lifetime, and I’m 77, that we’re going to see an increase in the number of long-term survivors, increase in quality of life, and eventually some cures.”

I asked Dr. Ashley what hope means to him. He responded: “I have in my career seen physicians tell teenagers that they’re dying, and I've seen those teenagers completely depressed and unable to cope because suddenly hope is withdrawn from them… Other places say this is a fatal disease and there's no hope, which inevitably leads to people's early demise or miserable existence because to be devoid of hope is the antithesis of being human.”