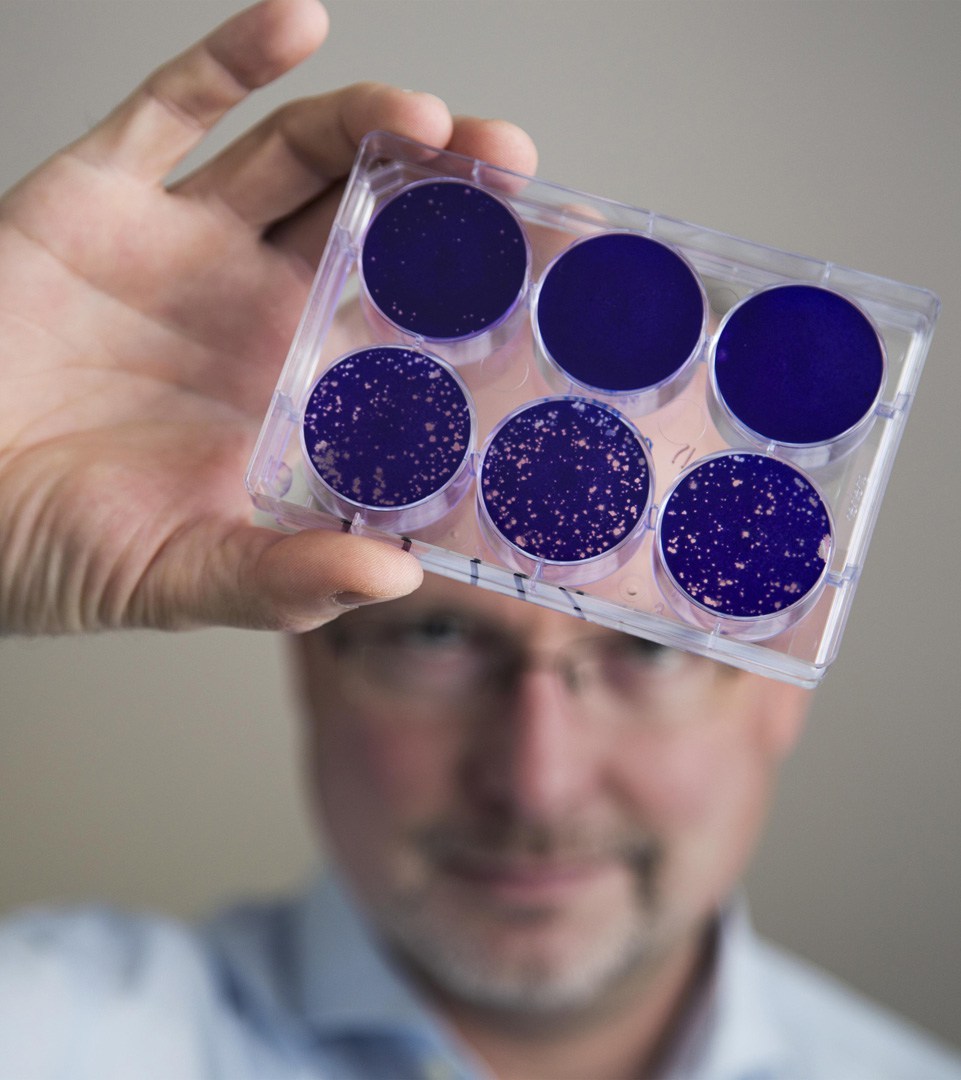 The recombinant poliovirus therapy developed at The Preston Robert Tisch Brain Tumor Center at Duke Health has been granted “breakthrough therapy designation” from the U.S. Food and Drug Administration.

The designation will expedite research into the poliovirus therapy, but it does not mean the investigational drug has been approved for clinical use. It is currently being tested in a clinical trial for adults with advanced glioblastoma brain tumors. To receive breakthrough status, preliminary evidence must indicate that the treatment may offer substantial improvement over available standard therapy.

“Breakthrough status means that we can work with the highest levels in the FDA to develop the most efficient clinical trial and pathway to fully evaluate the safety and efficacy of the genetically modified poliovirus for treating recurrent glioblastoma,” said Darell Bigner, MD, PhD, director of The Preston Robert Tisch Brain Tumor Center at Duke. “Ultimately, we hope the therapy will one day obtain FDA approval.”

Duke’s poliovirus therapy is an immunotherapy developed in the laboratory of Matthias Gromeier, MD, a professor in the departments of Neurosurgery, Molecular Genetics and Microbiology, and Medicine at Duke University School of Medicine.

Using a modified form of poliovirus that has been altered to eliminate harm, the therapy preferentially attacks cancer cells, which have an abundance of receptors that work like magnets to attract the poliovirus. The modified poliovirus then kills the infected tumor cells while also igniting an additional immune response.

A phase I clinical trial using the therapy was launched in 2012 to determine an optimal dose of the novel treatment among adult patients with glioblastoma whose cancer had returned after receiving traditional therapy.

Early testing found that lower doses of the treatment were superior to higher doses. Of 23 glioblastoma patients enrolled at the optimal dose level, 15 are still alive and enrollment is ongoing. Three patients treated early using different dosages are still alive more than 36 months after treatment. With current standard therapy, the median survival time for people with glioblastoma is 14.6 months.

The Duke team is moving to expand its work and open a clinical trial for children with brain tumors, which is expected to begin enrollment before year’s end. The researchers have also received federal grants to explore the therapy’s effect on solid tumors. Laboratory studies are already underway in breast cancer models.

Principal researchers at Duke who have been involved in the development and testing of the poliovirus therapy have founded and invested in a start-up company to advance the research.